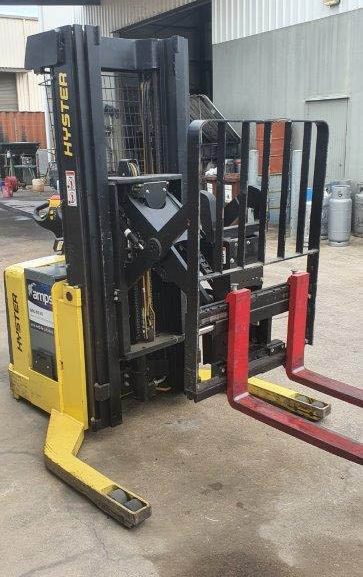 The future of power for forklifts – More than 60% of forklifts sold now are electric
With thanks to Sandra Hogan.

Thirty years ago, internal combustion engines were the norm for forklifts and the idea of converting to electricity made no sense. Propane-powered forklifts simply provided more effective, longer-lasting power than electric batteries could.

Today, electricity has won the international market for powering forklift fleets: more than 60% of forklifts sold now are electric. The victory of electric power began as the needs of the market changed. Forklifts were redeployed from their traditional outdoor use to indoor use, mostly in warehouses. The need for a quiet, safe, non-polluting option for indoor use was created.

The second factor tipping the balance to electricity was technological change. Advances in technology have been occurring rapidly since the late 1990s when lithium-ion batteries were being developed and perfected for mobile phones, laptops and electric cars. Performance and power increased rapidly, and the price of batteries dropped by 87% between 2010 and 2019.

Battery-powered forklift fleets have now become the dominant offering in the market because: