Electric forklifts: the future is now

Electric forklifts: the future is now 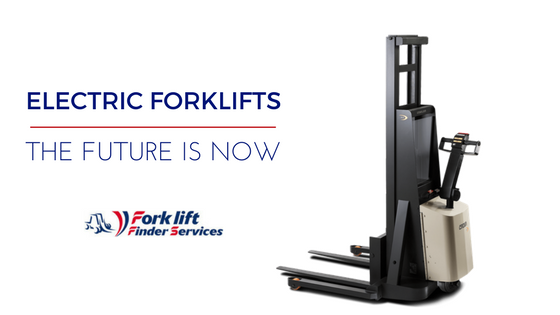 In the news, you see businessmen raving about electric cars and how they’ll change the future. But unknown to them, forklifts have been ahead of auto industry for years. Diesel engines are certainly more widespread, but the electric powered types are taking over.

Friendly to earth and operator

Electric forklifts have differences in appearance compared to their fuel-guzzling counterparts. Ergonomically, they’re better for operators. Controls are slightly different but some operators preferring electric forklifts because they have higher visibility. Thanks to a smaller engine and their general size, the forklifts can easily manoeuvre around tight corners.

Thanks to the forklift’s battery, as opposed to petrol or diesel, there’s a lower carbon footprint. Operators don’t have to put up with petrol fumes and the noise from a loud motor either. Purchasers like these points when they’re looking for machines to use indoors.

Warehouse forklifts are smaller but they can lift twice their weight. Some models have a 3000kg capacity; that’s more than enough for simply picking up stock. This doesn’t mean, you should  load up the forklift to what is advertised as its maximum lift capacity. This is a quick way to damage the hydraulics.

Diesel and gas models need fuel on-site so they can get a refill and go. With the electric model forklifts, it’s a simple matter of charging the battery or replacing it.

Because electric forklifts have less moving parts internally, there’s not as much need for maintenance. You don’t need to top up the fuel or the oil either! No combustion engine means less mess. Of course, there’s normal wear and tear to consider, but this won’t happen as quickly compared to a forklift operating with a regular engine.

Electric forklifts are getting more popular in logistics thanks to various reasons. They’re worker friendly, cost effective and have less hazards associated with them compared to their petrol counterparts. If you’re interested in hiring an electric forklift, dealers will give you more information on the right model for you and how it’ll benefit your business.