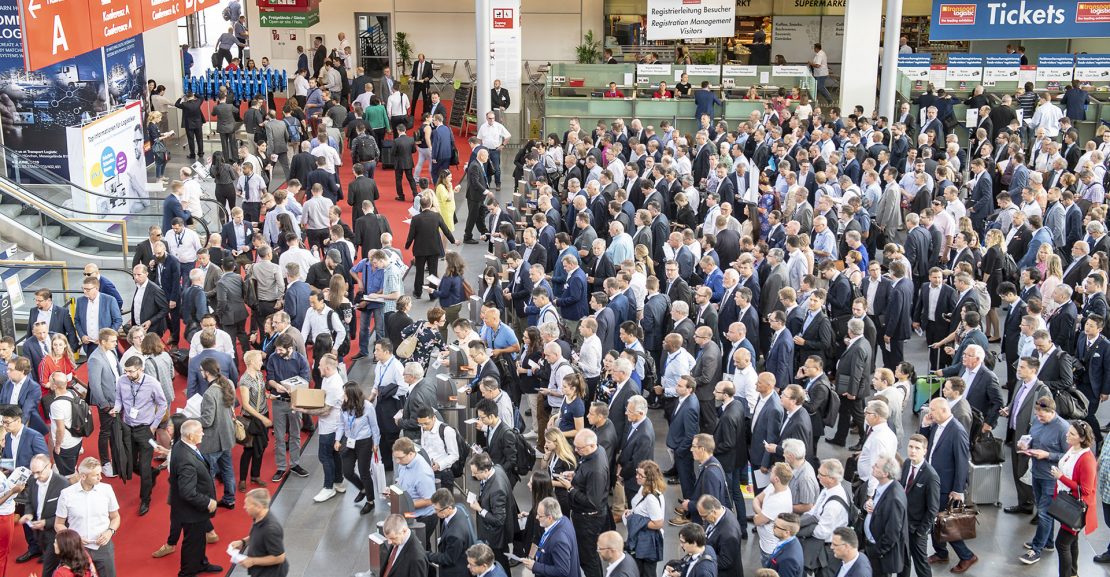 Munich hosted the largest logistics fair in the world with new record values from June 4 to 7, 2019. The top topics were the trade war between the USA and China and the shortage of drivers, but the New Silk Road was clearly noticeable at the same time and great hopes were pinned on artificial intelligence in many areas.

“We saw strong growth from China, where the number of exhibitors almost doubled by 30 new ones to 64,” Mr. Rummel stated. “Chinese companies are increasingly looking for cooperation partners in Europe as part of the Silk Road Initiative.( see more below) ” The driver shortage was also one of the dominant topics. In addition to more attractive working conditions, artificial intelligence could help in the long term; this should make logistics chains more transparent and efficient overall.

Is Logistics in the Driving Seat?

The major challenges facing the industry were discussed at the opening of a high-profile round panel discussion. “We need to make the growing traffic flows more efficient and affordable as well as environmentally and climate-friendly,” Federal Minister of Transport Andreas Scheuer stated. In reference to the global economy, DHL head Dr. Frank Appel expressed restrained optimism, “even though current relations between governments in the US and China are not conducive at the moment.” But: “Goods find their way despite customs disputes.”

The trade fair in figures

The Silk Road trading route was the world’s first super-highway, a 4,500km series of desert and mountain crossings. Almost 2,000 years before being named, this route was first travelled by emissaries of the Han Dynasty. As the centuries passed many traders set out from Xian and ventured westward to Kashgar, over the Pamir Mountains to Central Asia and finally to Rome.

The New Silk Road was an initiative of the United States for Central Asia and Afghanistan, which aimed to integrate the region and boost its potential as a transit area between Europe and East Asia. … The term “New Silk Road” is now commonly used by journalists to refer to China’s Belt and Road Initiative.

With kind thanks to – https://www.transportlogistic.de/index-2.html