The perks and quirks of working in a warehouse

The perks and quirks of working in a warehouse 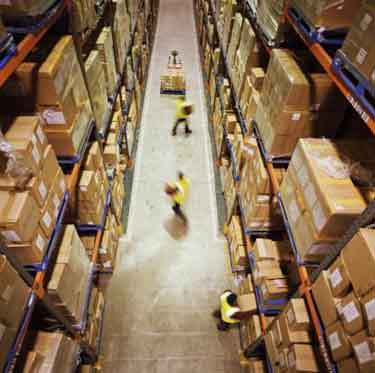 As a warehouse worker, you’re fulfilling customer orders en masse, working late night into early morning and sleeping during the day. The horror stories of warehouse working life plague the internet, but don’t fear. These stories are the minority of jobs and are used by websites as clickbait. After doing some research of our own, we tell you the perks and quirks of being a warehouse worker.

Yes, we’re talking about your muscles. In a warehouse, you’ll use machines like pallet jacks that take the bulk of the load. However, you still need some strength and coordination to pull the goods to their destination.

Don’t get too excited about getting your hands on the machines, though. After you get the job, you won’t be allowed to pull anything around without the proper training. That’s an OH&S incident waiting to happen.

Warehouse workers, particularly the pickers, spend most of their shift walking around the floor collecting items for orders. The ones with a forklift license can be seen driving picker trucks, these are forklifts with cages to lift the driver up to the higher shelves.

Yes, we stock that

Fulfillment centres for online retailers stock everything, from the mundane to the downright strange.

Costco sells diamond rings worth $10,000+, dog food, and giant bags of sultanas. Amazon started as a bookseller, now you can buy that plus Halloween costumes and adult toys. Smaller, independent warehouses/wholesalers can also fulfill these orders. Retailers use this method when they don’t have centres of their own.

I spent a week at Amazon

A peek at consumerism

Working in a warehouse gives you a first-hand look at what people buy when they’re shopping on the internet.

In Australia Post’s eCommerce Report for 2017, it said over 4 billion items were delivered over the course of 2017. The amount of money spent was close to $22 billion.

A path to permanent employment

It’s common practice for temporary warehouse workers to gain permanent employment in the warehouse, depending on their performance. People who choose to work in warehousing as a career see the potential for promotion and like the shift flexibility. Someone who started as a forklift driver or a picker could work their way up to a managerial position within a couple of years.

Anyone can work in a warehouse. As said above, people are attracted to it thanks to the flexibility and decent pay. Workers get to know each other in smaller fulfillment centres as opposed to larger corporate ones. One author wrote this about his experience,

Working in a small warehouse was fun because I got to learn every part of the operation. The three other people who worked in the warehouse taught me how to do everything (and didn’t get mad when I messed up an order).

4 top tips if you’re a construction or project manager